For the other bunkers you will need a code. Here they are as follows:

As a long time user of Astro Gaming headsets, (starting with A40’s and now for my PC I use the wireless A50’s) I can honestly say they have taken my audio standards to the top. Great sounds and the microphone surprising takes it to the next level as well.

Up until recently everything has operated flawlessly, but lately I began noticing the sound cutting out almost every minute or so. Which is most annoying while listening to music but even worse when you are playing Call of Duty Warzone and you are the last 3 trying to hear your opponent with no sound.

At that point I realized it was time to investigate.

Here is the video of what was happening on the base:

Uh oh something is happening to the A50’s time to troubleshoot… @ASTROGaming pic.twitter.com/nS7DgPXhzP

My first stop was looking at my PC. Was I running any audio related apps or drivers that would be causing a disturbance… Nope

Let me see if I can upgrade the firmware, Yep! Looks like there is software available! So I downloaded directly from https://www.astrogaming.com/en-us/support/software.html … not too bad only 20M download.

After a quick install it does indeed appear that there is a couple updates available.

It appears that for the headset we have version: 33535.42 available and the base station also has version 34353.42. I’m not sure how their versioning works, but apparently I’m like 10,000 versions off. Lets’s upgrade!

A quick click of yes and I was off to updating…

Obviously after I take the headsets off of my head.

Wow that was quick, maybe a minute at most. I know some other hardware that doesn’t like a speedy firmware update.

So that may have done it! I’m listening to some music and waiting for the cut out… nothing so far. While I waited I poked around in the Astro Command Center and saw probably the coolest feature ever…

Good audio and automatic TPS reports… Astro Gaming constantly taking it to the next level!

Been working hard on my branding and figured I should put up some wallpapers. So I had some fun with photoshop this morning and made a couple. I tried to get logo front and center with some style. Will use these for instructional videos in the background on my desktop. Enjoy !

If you are currently playing Call of Duty Blackout and experience freezing like I have. I have decided to build a quick troubleshooting guide as I was recently approached by Activison support as a result of a frustrated tweet I sent out.

Go ahead and clear your cache, the following link will guide you on how to do so: https://t.co/8flXKTmw8y Give this a try and let me know how it goes. ^OG

The second part of the article talks about deleting saved game data. I noticed I had my local game data and there was a 1GB reserve for Call of Duty. 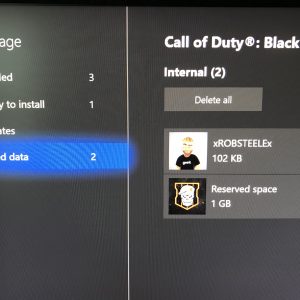 I went ahead and deleted both, making sure to delete only the local copy of my user saved data.

I was up early this morning and decided to stream some Call of Duty but immediately was hit with a bunch of errors from Streamlabs OBS. This was unusual as it normally operates fairly well! My first issue came without an error message. I got everything setup but when I clicked on the Go Live button everything seemed like I was going live, even the tab changed to “live” but the Go Live button was still green and it was obvious that I wasn’t streaming.

I immediately went to the stream options and verified that I had the proper Restream RTMP server and stream key imported under SETTINGS | STREAM…. In the event the settings were no longer correct.

Everything looked good, but I decided to reset my stream key just in case. Now when I click the Go Live button I’m presented with an error:

Just eliminating some easy troubleshooting steps, I went ahead and restarted my computer and retried Streamlabs OBS but was presented with the same thing. The next logical thing I could thing of since most of my user data and settings are saved in the cloud is to log out and log back in… and that fixed it! I went back in and verified my settings and everything was good to go.

It’s not often I get to sit down and enjoy some online gaming these days. But when I do, I expect a pretty simple end user experience and shortest time to actually play a game. My most recent Xbox One game purchase was Halo 5 Guardians and I have had some issues connecting every time with what seems to be a generic error message: Could not find a server that was suitable for all members of your fireteam.

I found an Xbox  support article called: Troubleshoot Halo 5: Guardians multiplayer issues which gives some suggestions for basic troubleshooting but has still been unable to correct an ongoing problem keeping me from playing. There are also a pages on halowaypoint, reddit, and gamefaqs that offers some user suggested troubleshooting.

Here is what I have tried and what has seemed to work:

Hard Reboot (pull the power plug) of Xbox One: Has worked once, but not consistently.

Hard Reboot of Router: Has also worked once, but I like to keep my xbox in the DMZ and the hard reboot assigned another IP to the Xbox so I had to go back and reconfigure. Long story short, that has only worked once as well.

The best advice I have so far is: Unplug your Xbox, then unplug your router, breathe deeply for a minute, turn back on your router, then turn back on your Xbox. This has worked the most consistently for me so far but I’m not happy with this as a solution. I can play other games fine when this is a problem so any other advice or troubleshooting techniques would be greatly appreciated.

Announced today at #XboxE3 was a couple pieces of good news and one I have mixed feelings about. First lets get onto the good stuff !!! The first and probably the best news by far is the fact that Xbox One will now have backwards compatibility with Xbox 360 games ! I can’t stress how much this stressed me out when I first found out that my collection of games was now useless. Now Microsoft has come back and totally redeemed themselves !!!

Today a new multiplayer mode for Halo 5: Guardians was also announced called “Warzone” which will have up to 24 players competing in maps that are up to 4 times the size of legacy halo maps. Halo was the game that originally drew me to Xbox, but I was later drawn to the competitive world of Call of Duty. These new announcements might just draw me back.

So back in January I purchased a custom gaming controller from a small company called Scuf Gaming. (read about it here)  and it was great! I had a controller fully customized to my gameplay and also joined a small elite force of gamers that took esports to the next level. With today’s announcement of the Xbox Elite Controller, I’m kind of bummed that everything special from my own custom controller will now be mass produced and easily accessible to anyone with an Xbox. While I enjoy a level playing field, the competitive side of me likes to always have a leg up. So while I’m a bit bummed that I thought I had a great piece of hardware, I was also part of some great gaming pioneers. Now we can all compete on the same level with the same hardware. Let people’s skill really shine through. I wonder if professional esports will ever test for nootropics such as AlphaBrain ? Maybe that will be the next video game steroid, what do you think ?

I’ve been gaming for quite awhile and am very competitive in nature, so naturally I’m always looking for ways to enhance my competitive game play. I mostly play first person shooters and even more specific, I have invested much of my time into the Call of Duty franchise. With that said, the first step into gaining a competitive edge is to invest into a good controller. I did some research and noticed that most of the professional gamers are using custom controllers built by Scuf Gaming.  The two main reasons I was drawn to the Scuf One was the fact that they have incorporated “paddles” onto the controller and that they also have adjustable triggers.

The paddles were an immediate hit in my mind as I was constantly taking my thumb off of my aiming thumb stick in order to jump or go prone in Call of Duty. By keeping my aim while being able to jump simultaneously meant that I never had to lose my target to jump or go prone. Much better response time and more accurate aiming.

I also raised an eyebrow when I saw that you can adjust the triggers so that you no longer had to press them all the way in to aim or to fire a weapon. Again, a much faster reaction time and a lower latency in firing is instantly achieved.

Below are pictures of my custom Scuf One that I created for online FPS gaming: 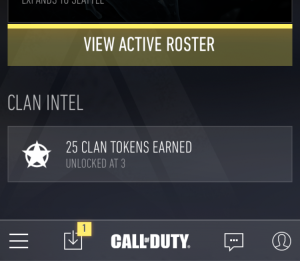