The latest version of OpenStack called Icehouse was released today.

OpenStack Icehouse has nearly 350 new features that reflect a community-wide effort to bring the voice of the user into the rapidly maturing open source cloud software platform. Key themes this release cycle have been raising the bar on testing and stability, as well as tighter integration across the platform. OpenStack Database Service (Trove) also became part of the integrated release in Icehouse.

Object Storage released discoverability, which dramatically improves workflows and saves time by allowing users to ask any Object Storage cloud what capabilities are available via API call. Additional improvements included a new replication process that improves performance with data that is more efficiently transported through s-sync instead of r-sync protocol. Significant progress was also made on ongoing storage policies features and will be further developed for the Juno release.

Networking introduced tighter integration with Compute in Icehouse that includes improved consistency with bulk instance creation and improved provisioning. There is better functional testing for actions that require coordination between multiple services, and third-party driver testing now ensures consistency and reliability across network implementations. Significant progress was made during the Icehouse release cycle to bring OpenStack Networking (Neutron) to feature parity with Nova-Networking, but both options are still available for users in the Icehouse release.

OpenStack Dashboard again expanded its multi-lingual support and now includes 16 languages with the addition of German, Hindi and Serbian. Additional improvements to the general user interface and experience were also implemented such as a more self-guided navigation, inline table editing and extensibility.

The first iteration of federated authentication is now supported allowing users to access private and public OpenStack clouds with the same credentials. General stability and performance improvements were also made.

Automated scaling of additional resources across the platform, including compute, storage and networking is now available. A new configuration API brings more lifecycle management for applications, and new capabilities are available to end-users that were previously limited to cloud administrators. Collaboration with OASIS resulted in the TOSCA Simple Profile in YAML v1.0, demonstrating how the feedback and expertise of hands-on OpenStack developers can dramatically improve the applicability of standards.

A new capability included in the integrated release allows users to manage relational database services in an OpenStack environment.

The Image Service features improved calculation of storage quotas, and the project moved to using 0-based indices for location entries.

Have you already registered for Cisco Live 2014 ? If you haven’t yet I recommend you do so now ! Besides all of the keynotes and tech goodies that you will get to consume you will not want to miss this years Customer Appreciation Event (CAE) featuring non other than Lenny Kravitz !!! So not only do you get to see the Grammy award winning artist and star in films such as The Hunger Games and Zoolander… you will also get to see Imagine Dragons !!! 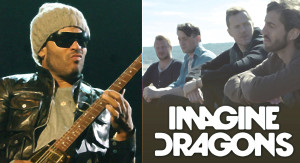 So again if you haven’t registered, I suggest doing so now ! #CLUS is going to be big this year and I look forward to seeing you there.

After completing a successful root to root Avamar migration I noticed that the old SSL certs were still being used. Through some digging I finally found a very simple and easy command to update it.

In order to view your current certificate you can use the following command:

Here is the sample of what running the script looks like:

If you went to EMCworld last year and watched Brian Gallagher’s keynote on Transforming Enterprise Storage to Create Business Value, you were one of the many that got a sneak peak of the prototype of the EMC vFridge.

The small fridge in a stylish VMAX shell was such a huge hit at both conferences that EMC engineers decided to make it “Enterprise Ready” and made it full size. Here are the features of the vFridge:

I’m thinking I need one of these for my home lab so I can keep all of my mission critical beers cold. Here is the link to the official vFridge page on the EMC store.

Open a Web browser and enter the URL for the vSphere Web Client: https://hostname:port/vsphere-client.

By default the port is 9443, but this can be changed during vSphere Web Client installation.

I wouldn’t mind if someone pranked me like this! A group of friends disconnect the main water line in this guys house and replace it with cold beer!

Miroslav Klivansky from the XtremIO Technical Marketing team gives a guided tour through the XtremIO GUI and shows how simple the array is to use as well as its  powerful monitoring capabilities.

A quick troubleshooting blog… I recently came across this error when deploying the VMware VDP appliance: “Unable to find this VDP in the vCenter inventory”

I took a look a look at the following log file on the VDP appliance:
/opt/vmware/var/log/vami/vami-ovf.log

The following entries were present:

From these entries I realized that I did not setup DNS for the new appliance. After creating  the entries I rebooted the appliance and retried the configuration wizard only to see the same thing.  I’m assuming at this point (and confirmed via the admin guide; page 17) that the appliance deployment relies on the DNS entries. I removed the previous deployment and also provisioned the appliance from the web client on the second pass and was able to configure without issue.

I’ve been in several of the largest and most secure data centers in the United States and it just occurred to me that as often as I use Google, I have never seen any of their data centers. I thought it would be fun to do some quick research and post about what I find here.

So where do we start ? Google.com of course ! It appears that Google has created a dedicated page to outline features in their data centers.