I’ve been asked quite a bit lately on VxRack node types and options so I wanted to go over what is available and some of the options. First lets start off with the VxRack 1000 Flex options. At a high level there are 3 vxrack node types that can be configured in a VxRack solution; Dense Compute, Dense Storage, and a Storage only node.  Each of these nodes have a couple variations in order to properly size and accommodate various workloads. 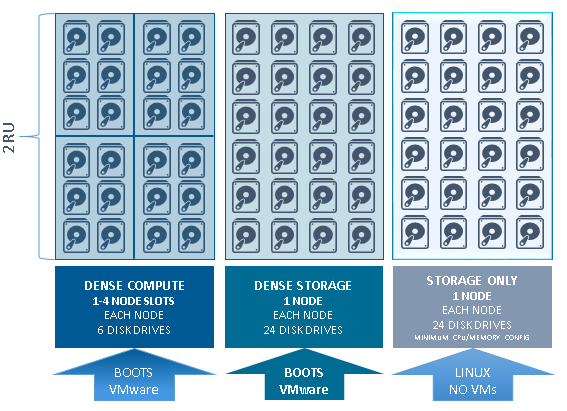